Every accent and detail of this project tells a complex musical story that creatively spans years of tradition and celebration into the beautiful St. Regis Jakarta 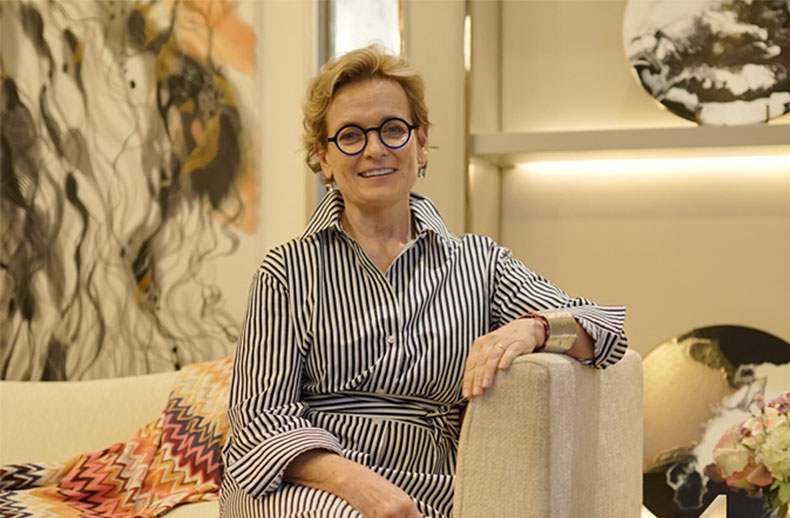 FOR MORE THAN A CENTURY the St. Regis brand has been synonymous with luxury in terms of its service and extravagant properties, from its ﬁrst hotel in New York to the first resort in Indonesia with the St. Regis Bali. Now the brand is aiming to continue the tradition in the St. Regis Jakarta by having internationally renowned interior designer and founder of New-York based luxury interior design ﬁrm Champalimaud Design, Alexandra Champalimaud, to design the hotel’s interior. The hotel, owned by Peter Sondakh's Rajawali group, is set to debut in 2020 and will be located in Jakarta’s iconic golden triangle. The St. Regis project is the second collaboration between Alexandra and the Rajawali group, as she designed the interior of the new Four Seasons Hotel Jakarta. Alexandra is also the creative force behind the interior design of the Waldorf Astoria in New York, the Hotel Bel-Air in Los Angeles and the St. Regis Beijing. She is also renovating the iconic Raffles Hotel Singapore.

For the St. Regis Jakarta, Alexandra drew design inspiration from Jakarta’s vibrant energy and rich cultural traditions and practices. “It’s a bustling urban oasis that’s shaped much of our inspiration. We dove deep into its history and tradition so that we could carve out a space that aptly reﬂects the region. Each visit I found myself buzzing with the city’s electric energy," Alexandra says. After months of dedicated research, Alexandra felt music played an integral role in Indonesian culture, and decided to have it be at the core of the design concept. “Music reﬂects the cultural diversity that exists, from musical instruments played by indigenous tribes, to traditional Indonesian dances, it has been a unifying factor since the Bronze Age," she says.

The music motif will be seen throughout the property; upon arrival, guests will be immersed in a music hall experience that involves a full-scale light and movement installation. Materials and architectural elements will be carefully selected to be reminiscent of ancient Indonesian temples and spiritual sanctuaries. Bronze and brass hardware will appear throughout and reﬂect percussion instruments used in gamelan. Decorative an and textural elements will mirror the patterns of traditional Indonesian tapestry and will be woven into the design. “Every accent and detail of this project tells a complex musical story that creatively spans years of tradition and celebration into the beautiful St. Regis Jakarta,” Alexandra says.